Hello guys, it’s George from the detechtor.com team and today we are going to be reviewing the Redmi Note 9s. Again, Redmi has done what they do best with this one. This is a very solid phone at an incredibly budget-friendly price.

I’ve been using this phone on and off for the last few months, so I’m going to give you my first initial impressions of this phone and a review of all the amazing features that it has.

On the box, there’s a picture of the phone on the top, the Phone name and a bit of the phone info and specs on the side, and nothing at the bottom.

When you lift the lid, you get the paperwork and the case, then you see the phone, and finally the charger head and the charging cable. The charger support 18W fast charging. The phone features a 5020mAh battery which is fantastic for a phone of this price. I’ve got to say that the overall performance has been stellar. However, I noticed that the idle battery drain is not as good as in some other phones but this may change over time with software updates or smart learning optimization. I did a fixed batter test on the battery. I set and calibrated the display to 200nits of brightness, let the phone run from 100% down to 20% and I got about 13 hours and 12 minutes from the battery.

The Redmi Note 9s is a large phone. It’s not humongous, but at 165.75mm in height, 76.68mm in width, and being 8.8mm thick, it does feel substantial in the hand, at 209g in weight. This is not necessarily a bad thing; it just depends on what you go for on a phone.

The rear design is fairly in keeping with 2020 trends and the build quality is pretty impressive for a phone of this price. It features the Gorilla Glass 5 and a frame that feels and looks like metal but is probably a polycarbonate. However, it doesn’t look and feel cheap.

This frame houses the power button, accompanying fingerprint scanner, which isn’t flagship speed but it’s certainly speedy enough. Above the fingerprint scanner/ Power button, you find the volume rocker, which is nice and clicky. At the bottom of the phone, you find a USB type-c charging port, the microphone, the bottom-firing mono speaker, and a 3.5mm headphone jack. On the other side, you find the dual sim tray and the microSD card slot.

The phone comes in three colors; There’s interstellar grey, aurora blue, and glacier white. The color and finish are quite nice. However, the back is glossier than the box image suggests, which was a bit of a disappointment to me, because I prefer a frosted finish to avoid fingerprints and dust. On the front, we have a 6.67-inch full HD plus LCD display with a central punch-hole display. Seeing that this is a budget phone, you see a bit of discoloring around the edges and near the punch hole cutout. This is not very noticeable if you have dark wallpapers but if you go with the whites and the lights, you will notice the discoloring.

The viewing angles are not so amazing as well, and in bright daylight, you can struggle a little bit. However, considering the price of this phone, you’re getting a really great screen-to-body ratio and the large panel is great for media consumption and gaming. The Redmi Note 9s features the Snapdragon 720G GPU. The G usually stands for better GPU performance. This is one of the best budget phones for gaming. The Redmi Note 9s is an ideal budget phone for playing games, and while it doesn’t offer the great performance that the Snapdragon 865 GPU, it will handle almost every game you throw at it. You will notice a few lags here and there with highly demanding games like PubG, but at its price, this is expected.

Outside of gaming, the performance is solid, but not breathtaking. If you’re used to buying flagship phones, you’ll notice the drop in performance. However, if you’ve not used the more high-end phones, you’ll be very impressed with the Redmi Note9s’ performance. The punch hole cut-out at the front houses a 16MP camera with f/2.4 aperture, which is pretty good in good lighting conditions. Actually, it could rival certain high-end flagship phones. The front camera video maxes out at 1080p at 30fps. It does not have any great stabilization, so sadly it can’t be used for professional vlogs, but the picture quality is still pretty crisp.

At the back of the phone, the Redmi Note 9s uses the Samsung GW2. We have a quad-camera setup; A primary 48MP sensor, an 8MP ultra-wide-angle lens, a 5MP macro lens, and a 2MP depth sensor. Straight-away, the first thing you notice when you use this phone, is how many camera settings options that you get in a phone of this price.

The default photo mode scrolls between standard mode, wide-angle view, and the 2x zoom lens. With most budget-friendly phones, the camera is one of those features where manufacturers seem to cut corners to reduce costs. However, with the Redmi Note 9s, some of the shots you get are really good. The images are sharp, they have fairly good dynamic range, except the wide-angle lens, which sometimes seems to overexpose the brightest areas, light skies, etc.

If you want to take a more detailed shot, you can try the 48MP mode, which is great if you want a higher resolution image. However, I feel like the Redmi Note 9s’s camera software should be more optimized. Like the Xiaomi mi Note 10, if you take a 48MP photo and then try and load it up in the gallery, often it takes a pretty noticeable long time to show up in the gallery. That’s why I prefer sticking to the four main camera modes I mentioned earlier.

There’s also a portrait mode and a night mode, which are usable but not so good compared to higher-end versions.

Some other cool features about the Redmi Note 9s are; Face Unlock

There are definitely a few shortcomings of the Redmi Note 9s, but if your budget is around two hundred dollars, this just might be one of the best smartphones you can buy.

Check out the full features on Amazon.

I hope you found this review useful. You can check out some more related reviews below. Stay Safe. 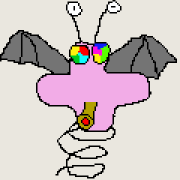 The Best Gaming Monitors in 2021

5 features that set LG OLED TVs apart from others The iPhone 13 Pro Max model was officially launched and will be available from the ...
By levismoke
September 16, 2021 Get the Best Wordpress Themes and Plugins

Building your Own PC made easy Get the Best VPN Deal 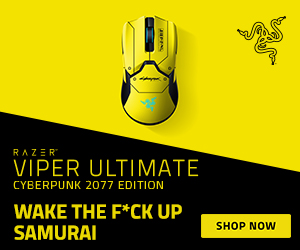